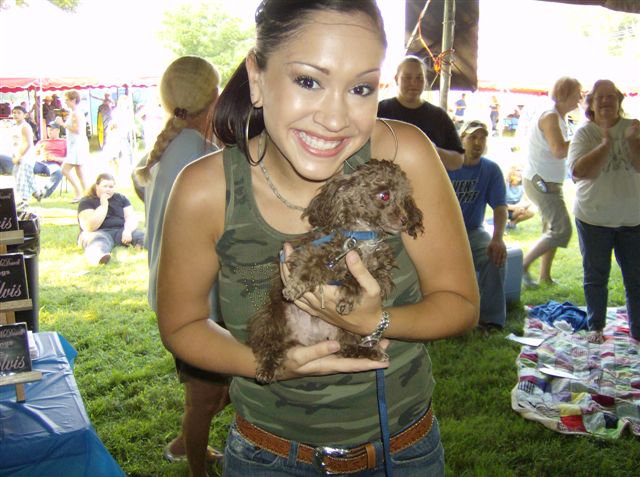 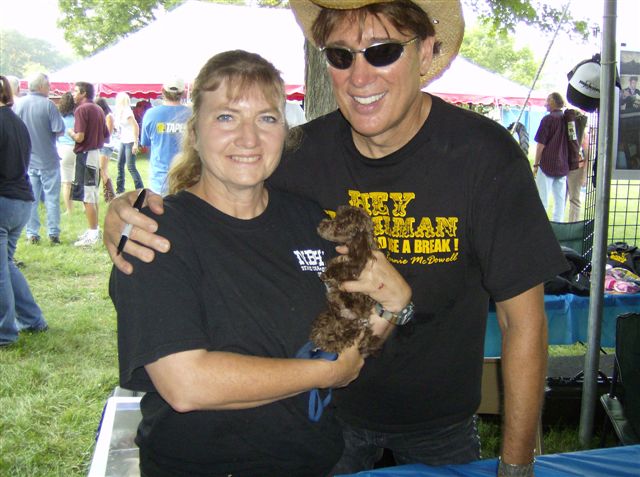 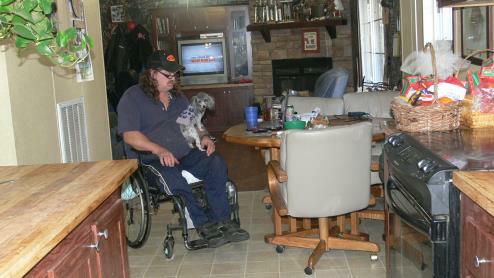 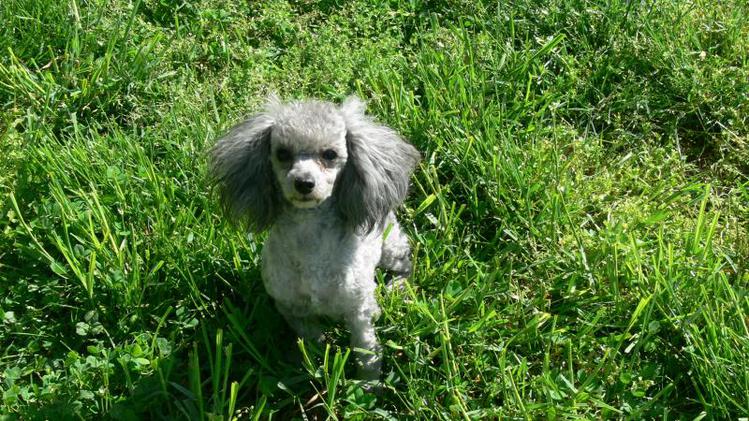 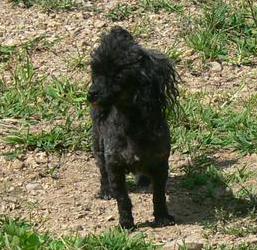 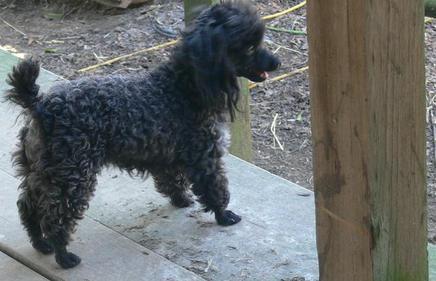 FeFe Bug  is a black silver phantom teacup female, she from all teacup bloodlines, I got her from E and J Poodles she is 7.5 tall and 4 lb. Her parents and siblings are on there website,her mother is Sunny,Her father is Max and her siblings are Trey, and Shadow.Here is a link to there pages
Fe Fe longer hair
Fe Fe shorter hair 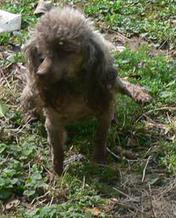 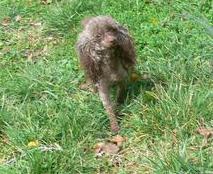 Little Miss Shearod.She is a 7 lb Brown sable female,she has Velvet touch teacup breeding, I love the Browns(chocolate) and this sable color is so pretty,shown here is her long and short hair 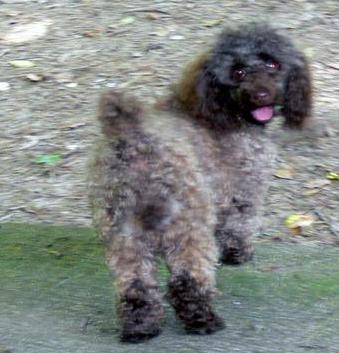 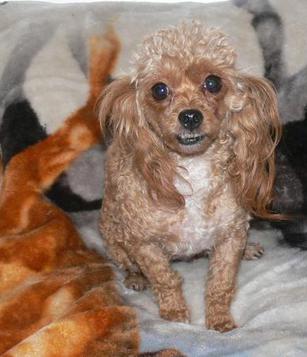 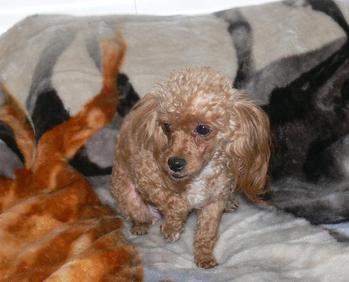 Candy, 6 lb 9 in red Female, She has Velvet Touch and Swamprats Teacup bloodlines
All of my poodles are AKC reg 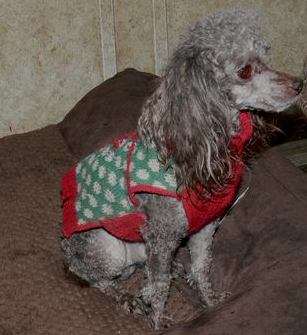 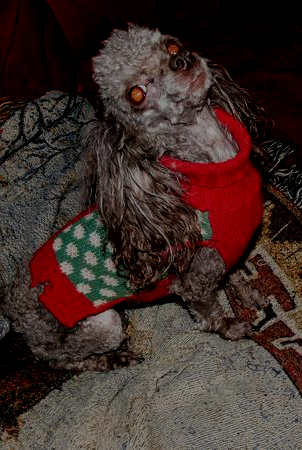 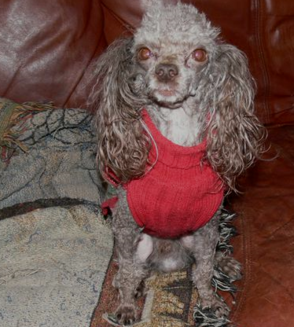 Jax Jackson is a Brown Sable Male, he was born brown but has lighted to this beautiful brown sable color, he weights 4.5 so he is borderline Teacup and Tiny Toy, He came from E & J Poodles,and has some of there best teacup bloodlines, his daddy only weighted 2.5 lbs, and he has a lot of Teacup siblings, Jackson is very gentle and very sweet, his worse problem is he will bark and jump on your leg when I am taking them outside to potty, he wants to know he is special and wants me to pack him out, he usually gets his way, better than hearing him bark, he usually is only vocal when he is going outside. That look in the center pic is the one I get when he wants picked up, his eyes are not red, the flash made them red
Wilma is a red 6 lb 9 in tiny toy female, loves to give kisses , The teacup Cowboy Elvis is her Granddaddy 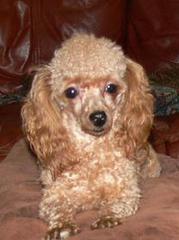 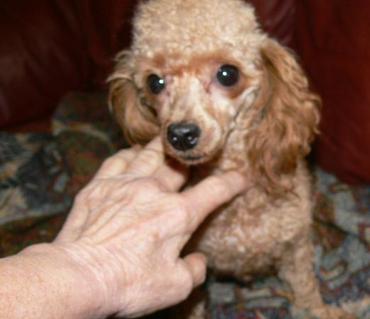 Jackson
WB Gurty
She is a dark brown Tiny Toy, that is 6 lbs, 9 in tall, Very sweet loving girl, She has Velvet Touch and E&J teacup bloodlines,Her daddy is the Tiny 3.0 lb teacup CJ 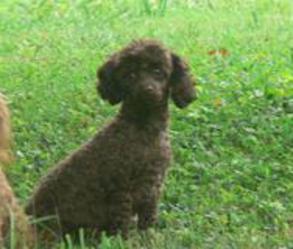 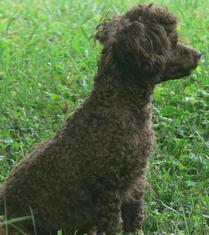 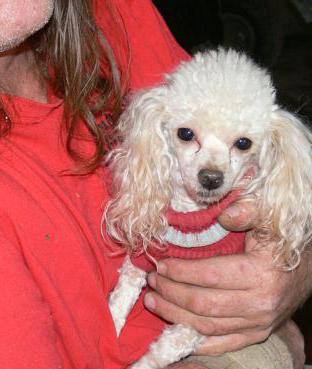 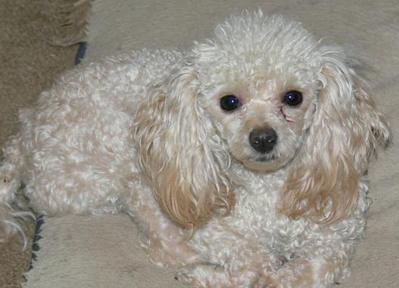 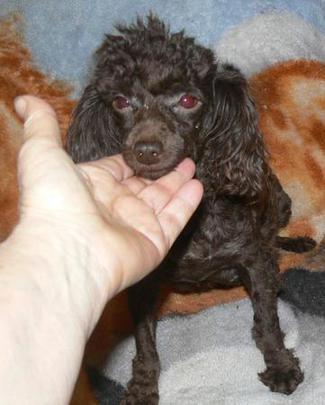 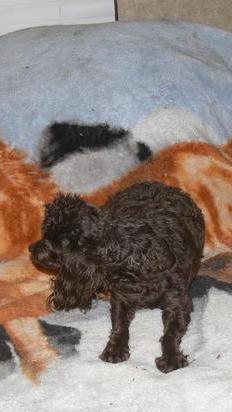